What Are The Steps In The Radon Mitigation Process? 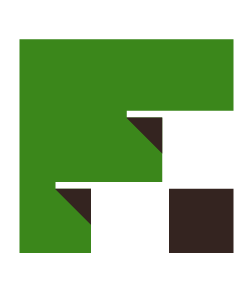 What Are The Steps In The Radon Mitigation Process?

The presence of radon in a house can pose major health risks to the people who live there. Consequently, radon mitigation is important if there is evidence of the gas in a home. You should know what the steps are in the process so let's look at the 5 most important ones.

If you suspect there might be radon in a building, testing is the first step. Notably, the symptoms of radon exposure can often be similar to some other indoor air quality problems. For example, radon and mold can be independent sources of someone developing a chronic cough. Remember that radon mitigation testing might rule out one thing, but you may still need to keep testing for other potential problems.

At this point, the radon testing information says there is an issue. A mitigation contractor will start by looking at the most common sources of radon. For example, cracks in the basement floor or foundation of a house will allow radon in if there are exposed deposits below it. Similarly, water lines can be sources, especially in areas where people have to sink wells for clean drinking water. Virtually anything that goes through the ground and routes into your house has the potential to encourage radon exposure.

In some instances, further radon mitigation testing may be necessary. If you're looking at abandoning a water well, for example, you'll want to test it. Similarly, you may need to test any future water wells you sink to replace the affected ones.

Contractors will want to block all of the sources of radon if at all possible. For example, they'll want to fill all of the cracks in the basement to reduce the potential for radon to get into the air supply of the house. The same goes for sealing off the points where pipes come into the house. As previously mentioned, this may include abandoning some sewer or water lines to avoid transporting radon into a home.

It is wise to not best solely on sealing off the sources of radon. You may also need to vent the air from the basement to send any radon out of the building. This is a good way to hedge your bets against the possibility, for example, that the basement might develop new cracks. In extreme cases, you may also have to pump outside air into the house to pressurize the basement.

Finally, you will have to continue to keep tabs on the radon levels. Annual radon testing is a good idea as long as people occupy the house.